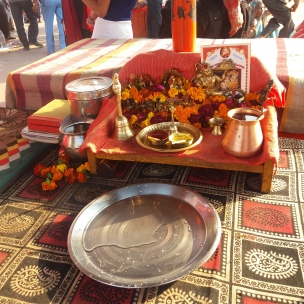 India is an in your face, no holds barred experience. It is certainly a land of extremes. There is no glossing or whitewashing over it. The beautiful, gleaming and immaculate Taj Mahal situated in the huge pile of rubbish and stench that is Agra. A poverty-stricken shanty town nestles in the shadow of a glamorous shopping centre. Bare footed street children with sun darkened skin, ragged dusty clothes, tired eyes and matted hair perform hoop gymnastics or sell flowers in the traffic jams, banging on tour bus windows looking for spare change.

India is not for the faint hearted and the introverts and highly sensitive persons among you will find it rough. The HSPs will also find it glorious. The colours are more vivid than anything you have ever seen: shocking pinks, acid green and electric blue. The feast for the senses continues with exquisite artwork on temples, markets filled with layers of sequined fabrics and drapery, packs of exotic aromatic spices, rows of shimmering bangles. A barrage of sounds invades your ears – music composed of every percussion instrument being played all at once…. Clanging bells at crowded Hindu temples, which are adorned with dyes and petals, the laughter and high-pitched, aggressive chatter of the local women, the manic three wheelers with their pneumatic engines and ceaseless beeping horns.

India is so hectic that it is almost calming. The varied distractions that grab your attention cram into your brain, pushing out your own mind’s incessant drone. There are blissful moments of zoning out at the ghats of the Ganga river in Haridwar. The ancient tradition of the evening Artee with bells, fire, drums and chanting is hypnotic and trance inducing. Though you have to earn these moments by pushing through the chaotic assault on your senses to reach them. This is a country filled with life.

People are everywhere, moving to fill any and all gaps in a crowd or queue.. Personal space is non existent. The women are fierce and beautiful, elegant and feminine in their multicoloured, sparkling saris, walking as a rainbow, dark eyes ringed with kohl. Their limbs dripping in golden bracelets as well as delicate hoops in their ears, nose and cheeks, connected by chains and cuffs. Intricate Henna tattoos on their hands, colourful pedicured toenails, jewelled toe rings and anklets with bells on.

The Indian men outnumber the women and are often seen fully covered on the hottest of days (even at the beach) – slacks, shoes, vest, shirt, ever present pot belly… Always in groups sizing up someone elses business. Seven men to witness the filling of a pothole, thirteen men gawping at a bushfire, three men standing around as one makes a phone call. Twenty two bystanders quietly playing judge, jury & executioner at the scene of a parking ticket dispute. The men are usually staring at, often following, and occasionally taking a surreptitious photograph of the white tourists. This usually snaps me back to reality and leaves a bad taste in my mouth. Numerous occasions left me rather uncomfortable and I was glad to be with a group. 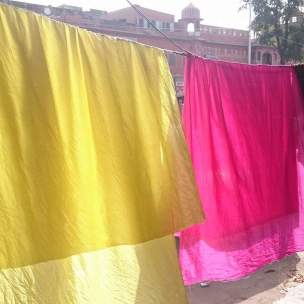 Teeth clenched, breath held, eyes closed and fingers gripping the seat… just another day as a passenger on the roads of India. Seemingly there are no rules here. None that are followed anyways. As with the queues and open spaces, the road is a free for all to find a gap and move into it. In the constant need to get ahead, multiple lanes are crossed and the white line is straddled (road markings are purely decorative here) leading to three lines of weaving cars. Speed limits are suggestions and going 70 kmh into a 25 kmh bend is normal. Minor and major road right of ways have no meaning and the use of an indicator or rear view mirror is non existent. As for wing mirrors? Why even open them out?  Unnecessary, the other motorists read your mind. The beep of your horn is all you need. Beep to indicate your position, beep to overtake, beep to indicate approaching a major road or turn, beep to alert pedestrians to your presence (Safe Cross Code…. What?) How on earth do you signal wtf?! when a beep means everything? Needless to say, I witnessed three separate crashes along the same stretch of road so maybe it’s time to revise the system?

The Hindu culture with its various deities and their fascinating family trees and back stories is wonderfully rich and complex. The depth of knowledge the average Indian has about Shiva, Brahma, Vishnu, Ganesha, Krishna, Hanuman, Durga, Parvati etc is amazing. I learned quite a lot visiting the ashrams in the holy city & yoga capital, Rishikesh. The striking similarities between Hinduism and Christianity are worth exploring and it is frustrating that the West deny their obvious Eastern ties…

India is drenched in history and art and this is shown through the stunning architecture. It is easy to get lost in the frescos, carvings, sculptures, mandalas and mosaics. The sheer volume of temples is incredible. Splinter groups of Hinduism, Jainism, Sikhism, Buddhism etc are worshipped and welcomed here.

The Hindu temple rituals are something to behold. Unlike Buddhist stupas and Jain temples with their calming energy, and self-reflective atmosphere, or even a reverent Catholic mass, Hindu shrines and temples are reflective of the chaos of the country. Noisy crowds shove in to cattle pen queues and squish together. They have it down to a fine art. Turnstiles move, bells are rung, rice and petals purchased as blessings are strewn about, icons are drawn with dye, steps and statues are touched, ribbons are tied and then it’s out the other end. A ritualistic conveyor belt. All in the space of about three minutes. To an outsider though, it’s dizzying. Family portraits of the gods are available to buy outside much like Madonna and Child, and Shiva bears an awfully close resemblance to J.C. (or vice versa…)

I timed my visit to coincide with Holi festival of colours. On a tour of Jaipur we stopped by a temple. We were, of course, invited inside to “play Holi” with warm and smiley locals who proceeded to dance around us, grabbing our hands, to show us Bollywood style moves and belly dancing (nailed it!) Our faces were fingerpainted with dyes of hot pink and bright yellow. It was a dreamlike frenzy of beats, swirling and movement while clouds of coloured powder surrounded us. Walking through the city with our colourful faces and clothes changed the attitude towards us. Less staring zombie-like and some actual interaction and banter. Best comment I heard was aimed at our pale Norwegian friend, “You look like a colourful ghost!”

Immerse yourself in India. It is truly unique. Live it, breathe it, taste it, feel it. But bring ear plugs. And travel sickness tablets. 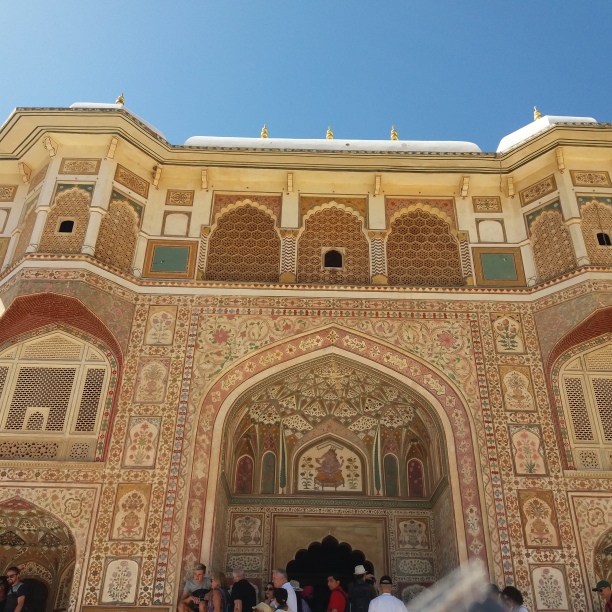 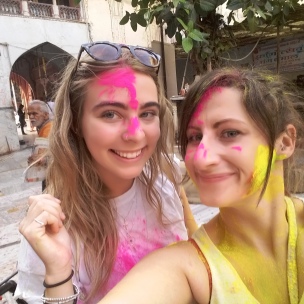 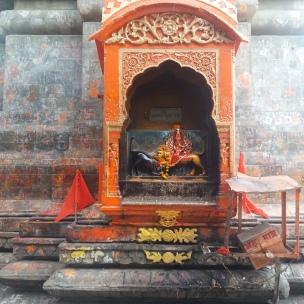 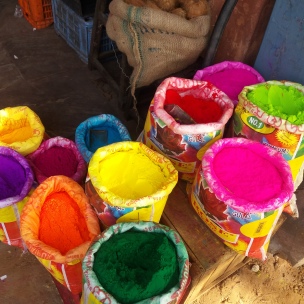 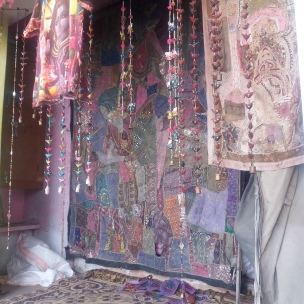